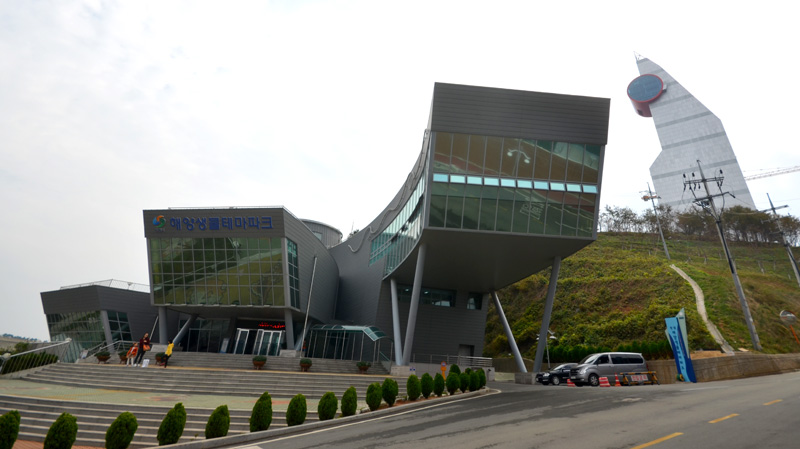 Located on Eumji-do, on the south coast of Jinhae, is the Changwon Marine Park (formerly known as Jinhae Marine Park).  Connected to the mainland via the 250m long Eumji bridge, it is a complex, initially started in 2000 at a cost of 52 billion won. 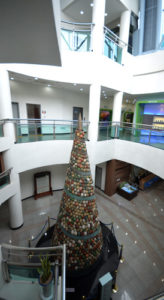 The Oceanic Life Theme Park is a three story education center focusing on ocean ecosystems.  There are multiple rooms of dioramas, videos and fossils.  Additionally, there are random shops selling pearls and other jewelry.  The top floor as a restaurant and ocean view.

Next to this is the Experiential Hall for Naval Battle History, a two story hall various exhibitions and simulators.  The first floor is themed towards naval history, while the second floor focuses on the Navy’s importance, as well as Jinhae tourism.  There’s also a cafeteria. 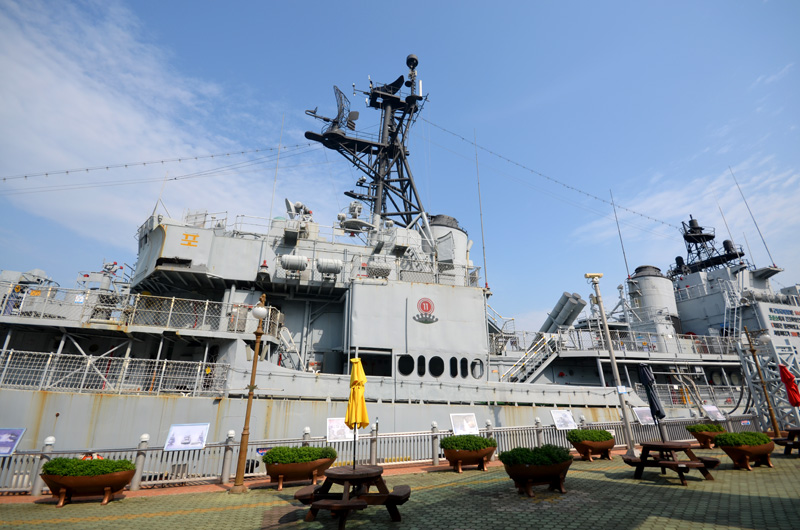 Adjacent to this is the Gangwon warship.  Built in New York in 1944, this ship participated in the Korean war for six months, and then in the Korean Navy from 1978 to 2000.  Visitors can walk around and inside the ship, viewing engines, guns and equipment, with mannequins reenacting naval life.

New to the Marine Park is the Marine Solar Park, the largest solar power generating tower in Korea.  According to Changwon city’s official English-language blog:

“The Marine Solar Park was initiated when the Ministry of Knowledge and Economy chose it as the nation’s first landmark project in solar energy in 2006. It was designed to build a world-class renewable energy brand that can be developed into a specialized tourism resource.”

The tower features an observation deck overlooking the water, and has been open since April, 2013.

Directions
To get to the Marine Park, Jinhae buses 306, 306-1, and 350 will take you to the Marine Park Entrance bus stop (해양공원입구), which is a short distance from the bridge.  During the weekends, these buses do not come very regularly, so a taxi may be a better option. Here’s a map: 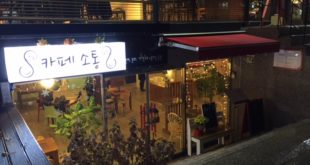 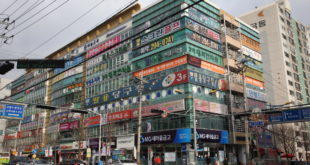 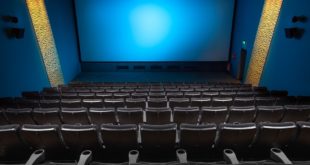